Coronavirus has everything in chaos. Last month ASCAP sent a letter to its members stating due to the epidemic, the businesses that would normally pay to license music have been impacted. Many licensees are asking for reduced pricing or not willing to pay/buy at all. Due to this the payment schedule was pushed back three weeks from April 6th to April 28 however some publishers have been paid, while artists are still waiting. Per ASCAP's website, below is the new 2020 payment schedule: 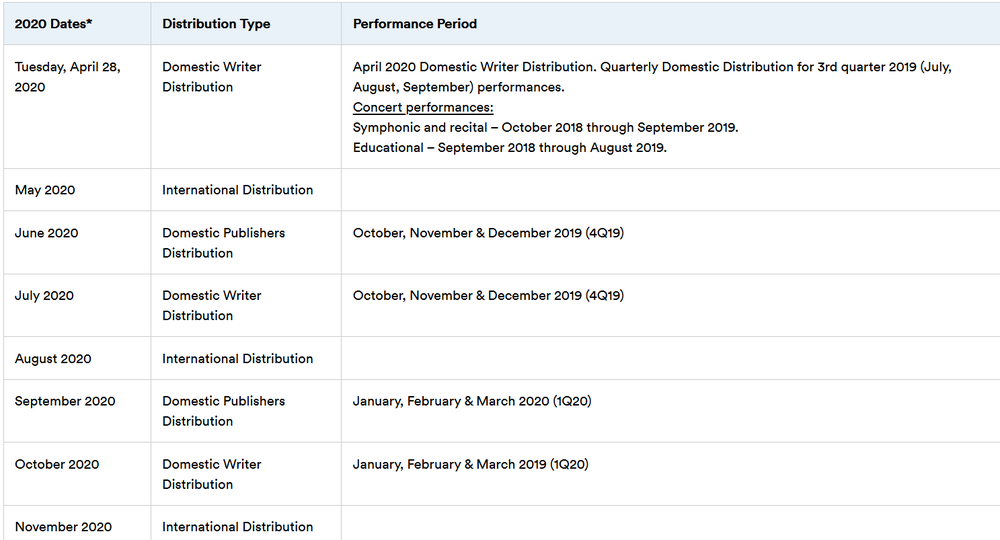 ASCAP is getting hit hard mostly because of the way they calculate payments. The postponement allowed ASCAP to"go through a collection cycle [for the first quarter] payment due dates to determine accurate cash flow before finalizing the funding pool and processing hundreds of thousands of distribution files for payment processing services," per a statement released by ASCAP CEO Elizabeth Matthews.

BMI and SESAC are paying as normal but all three publishing companies will feel the impact at some point later this year as payments will reflect a drastic reduction of music in tv shows, commercials, and the hundreds of thousands of restaurants and venues that have been closed. ASCAP Domestic payments for April, May and June of 2020 are expected to be paid in January of 2021.

Next How artists can profit in the COVID-19 Chaos (ethically)